Home Did you know? CORAL REEFS PROTECTION: EVERYONE’S CONCERN
Did you know?Editor's Picks

Through its partnership with the NGO, Reef Conservation, Heritage Bel Ombre would like to raise awareness with respect to the threats affecting the lagoon ecosystem, and to come up with a few guidelines for those wishing to responsibly enjoy Bel Ombre coastal region.

Fighting global warming is one the major challenges to protect our planet. As an island, Mauritius is even more affected by the rise in temperature on the surface of the oceans. Over the past 160 years, an average rise of 0.5°C has been recorded around the globe -but that figure is just an average. A rise of temperature of even 1- or 2-degree causes bleaching.

The coral reef ecosystem and its encircling lagoon are essential elements of the postcard vistas associated with tropical islands. Coral reefs provide shelter to a large variety of marine species which contribute to the complexity of the lagoon ecosystem. The coral reef structure buffers shorelines against waves, thus limiting beach erosion. It is therefore essential to come up with solutions to preserve the delicate balance of the ecosystem.

Since 2016, Reef Conservation conducts monthly surveys on several sites, including Bel Ombre. Research has shown that year after year, corals usually show more pronounced bleaching during the summer months, even though some species of coral seem to offer better resistance. In 2019, Reef Conservation has recorded a peak during the months of April and May.

To limit the consequences of this phenomenon in the Bel Ombre lagoon, a number of measures have already been implemented by the hotels in the region: speed limitation for boats, discontinuation of water skiing from hotel offers and practice of snorkeling only during high tide.

The protection of coral life is a concern for all. By following a few simple guidelines, everyone can help to protect corals, sea shells and other forms of marine life where they thrive best: in their natural environment. Here are a few suggestions which will help you enjoy your next beach or lagoon outing responsibly.

First of all, the don’ts:

Instead, feel free to:

We live in an era where we are becoming increasingly conscious of the relationship between humans and their environment. Through a few simple actions, we can all contribute to the safeguard of a precious heritage which belongs to all of us.

Let us know if you found our content helpful. You can write to us here.
Heritage Bel OmbreReef Conservation

Why is Mauritius a golfer’s paradise?

Mauritius getting ready for post-COVID-19 recovery

What is the role of a notary in... 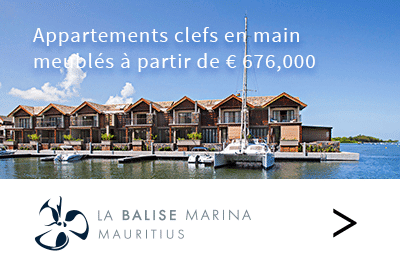